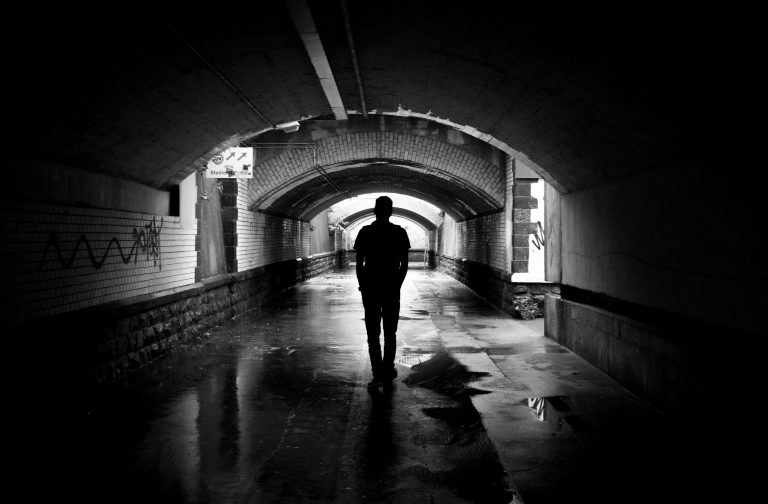 A fantastic post written by Stuart Andrade, first posted on his blog and shared with Let’s Talk About Loss – it is so brave and honest, and I hope it helps you…

Have you ever felt like giving up? Have you ever wanted to just walk away from things, never to return and think of doing something totally different with the way you live your life? This, I am sure, is a common theme that reverberates around a lot of people and they way they think about their day to day lives. We are so busy trying to cram everything in to such a short space of time that we forget to make time for the most important person…yourself.

Recently I have found a few things tough going again.  I’m not going to say everything has been easy, despite me being a confident person who can talk to absolutely anyone in any situation. Lately I have had my confidence knocked by a few things, and when feeling like this, have not been in the mood to exercise and look after myself. I feel like I have lost all motivation of doing anything.

I think this all started when my dad passed away five years ago unexpectedly. Mum passed after suffering cancer for a second time in 2010 and although sad and tragic, it didn’t hit me as hard as dad and I think this is because with mum, watching her deteriorate over time, it was like a relief that she was no longer in any pain and that she was free from it all. I can remember dad calling me at 2am and saying, “It’s happened son” almost with relief in his voice as the woman he was married to for 50 years had slipped away in her sleep. That day I still went about my normal day and still watched England play football versus the USA in the first game of the 2010 World Cup. The scoreline didn’t help but I was still surrounded by my friends at the pub who were surprised to see me out and looking so normal. The grief I faced didn’t really hit me. I was expecting to be hit by a tidal wave of emotion afterwards, but nothing. No tears, no anger, just this sense of relief.

I chose not to see mum in the chapel of rest as I wanted my last memory of her to be when I saw her the day before, smiling at me when I said goodbye that one final time. The funeral came and it was quite an event if I can call it that. The flowers, the words said about my mum were amazing. Still no grief through. When would it hit?

Life went on, I moved house with my wife, gained a promotion, got married to Sammy in 2012 and our little daughter Olivia was growing so much everyday. By the time it got to 2013, things were looking good. In the January I had an accident playing football and tore my knee ligament, fractured my ankle and damaged ankle ligaments too. I was off work and on crutches when a few days later my wife’s grandad passed away. I was at the hospital when he died and was sat outside as the memories of my mum came flooding back. After a while, I was asked if I wanted to go in and pay my respects. I was hesitant as I’d never seen a dead body. I didn’t know what to expect but it was peaceful, quiet and whilst people were upset, that feeling of relief had come back. We sat in the room for what seemed like ages whilst everyone said their goodbyes.

The year went on without any issues, dad was still fine and bearing up, until July came along. Sammy and Olivia were going on a small holiday with her other nan. We visited my dad on the Sunday, it was a gloriously hot day, we had lunch and then it was time to go. Olivia idolised my dad Ted and he loved Olivia so, so much. He would always buy her Maltesers when he saw her as a treat and tell her loads of stories. I can remember dad saying “Don’t forget to tell me all about your holiday darling!! Come back and see me”. We said goodbye, but for some reason, I said goodbye a little longer than usual. I gave him a kiss as I always did and hugged him that little bit longer. “Get out of it you silly sod!” He said to me. We laughed and left.

A couple of days later whilst I was at home, I got a call from one of my brothers. The sort of call which you wouldn’t wish on anyone. His tone was straight, no emotion and he simply said “Dad’s dead”. I asked why he would say such a wicked thing? “Listen to me, come over now. Don’t worry, everything is going to be ok.” I remember dropping the phone and falling to the floor. I screamed out dad, I was shaking, crying, panicking, worrying, every emotion you can image. I got in the car and drove straight round. When I arrived, I saw the ambulance and police car in the drive and knew it was true. I sobbed as I entered the house. Both brothers were there and we all hugged.

Dad just passed away in his sleep. No pain, no heart attack which I thought he’d had, just his heart stopped beating. It was his time. He was 78. Now when you say 78, you think of old men. Dad was still active, he’d still drive, he still went to watch his beloved Tottenham Hotspur and went shopping. It didn’t make sense to me and I couldn’t understand it. We had the funeral a couple of weeks later and I was numb with the shock of it still.  That is when it hit me. The grief that had been bottled up since mum dying had coming pouring out now I had lost both parents within three years of each other. I had little interest in things, didn’t eat well, found myself goring on the wrong things and being so down. In October, Sammy’s nan died after a short illness and in December my uncle also died. Four people lost in 2013.

I decided that I needed to speak to someone about how I was feeling. Now I am a big guy, 6ft 6 and about 18st (give or take!), so for me to pluck up the courage to visit a doctor and tell him how I was feeling was a big thing. The doctor couldn’t have been more helpful and whilst I broke down in tears again, he comforted me and said that I had been through so much that it isn’t a surprise that I was feeling the way I was. He said the words I dreaded. “You are suffering with depression.” Depression? No that can’t be right, I don’t feel like that surely? Well looking back I was. He put me in touch with a counsellor and I started to see Vivien on a weekly basis.

Vivien was so lovely and helpful that each week, I would look forward to our meetings and use it as chance to get everything off of my chest. She made me talk about things which I didn’t think were troubling me but on reflection they were. She helped me overcome some of the things which made me sad and urged me concentrate on the things that were good.

Light at the end of the tunnel

The thing with grief is that there is NO TIME LIMIT on how long we are expected to experience grief. Too many times people in the past used to say “Chin up mate, you’ll be ok” – well I can tell you from first hand knowledge that grief could last one day to 30 years. It is how we handle the way it affects us, how we go about things that is important.

Yes, I am on medication for depression, I am not ashamed to admit it. It used to be such a stigma that it was frowned upon. The time we live in and people’s attitudes towards mental health and grief are changing. Even at the time of writing this, my wife and I have both lost aunts this year already. Yes, it is sad to lose loved ones but we have handled things a lot better for the sake of each other and our two daughters than we did in the past.

Don’t be afraid to show your emotions. Don’t feel like you have to bottle things up. Be proud that you have recognised that something isn’t right and reach out to someone. You will feel better for it, realise that you are not alone and don’t be afraid to wear your heart on your sleeve. Although things may seem dark and bleak now, there is light at the end of the tunnel.

I am proud that I have written this, it is something that I have kept inside for so long. I hope that you take something out of reading this. If you would like to talk about anything, I am here. Feel free to contact me and I will listen, anytime.

Affected by what you’ve read? Want to share your own story? Get in touch by emailing blog@letstalkaboutloss.org