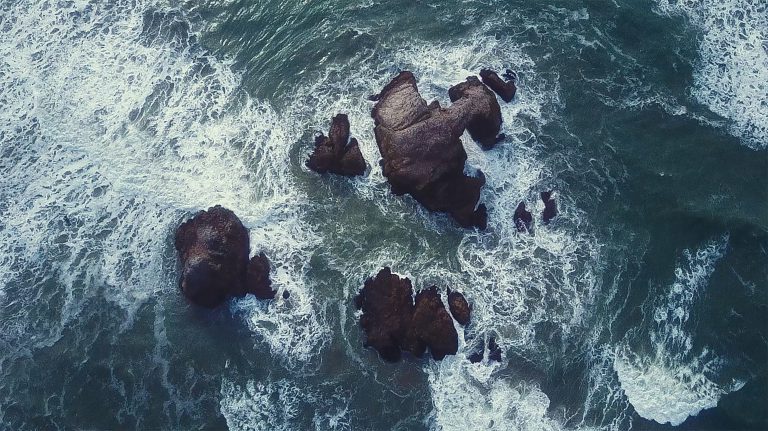 Sophie writes this beautiful piece inspired by her own journey through grief in the hope that it will help others and show you that there is always a break in the waves – however scary they can seem.

In the hours, days, weeks – even months – following the loss of my mum, I often wondered: does it get easier? Will I feel like this indefinitely? The death of a parent is unimaginable for most people and it is something that we can never be fully prepared for.

The first wave is always the worst

I lost my mum in 2013. She was an incredible, strong woman and a single mother; when she passed my whole world came crashing down. Her death was unexpected and sudden. I was two months into my first year at university when my sister phoned telling me to come home as soon as I could because mum was in hospital. We spent a week in hospital and she passed away two days before my 19th birthday.

Following mum’s death, I went straight back to university. I went to class. I went out with friends. I suppose I did everything in my power to distract myself and try to function normally. I tried to do all the things I had done before – except now with the occasional spontaneous public crying session. As much as I tried to continue with university normally, the grief was still there and it demanded attention.

On nights when I couldn’t sleep I would sometimes google other people’s experiences of grief, just wondering how on earth they got through it. I felt like the overwhelming grief I was feeling would never subside. One story that stuck with me was the story of an old man reflecting on the people that he had lost in his lifetime and his journey through it.

He described grief as a wave.

At first, you feel like you’ve been shipwrecked, you’re drowning, struggling for air and you keep getting dragged under. The waves are 100 feet tall and 10 seconds apart – you can’t catch your breath. All you can do is float and try to hold on. This is the worst part, and you’ll think you’re going to feel this way forever – but you won’t.

After a while, the waves might still be 100 feet tall, but they’ll come further apart. Sometimes things might trigger waves unexpectedly – a photograph or a song on the radio. They still knock you down when they come, and they can still be crippling. But in between blows you can breathe and you can function.

It’s not plain sailing and there’s no specific formula to it. But as time goes on, the waves will seem smaller and they’ll come further apart. You begin to see them coming – knowing that specific dates or times will be harder than others. You can, to some extent, brace yourself for impact.

Learning the rhythm and riding the waves

You learn that that once the wave has hit, you will surface again because you’ve done it before. You will be able to catch your breath. The old man says the waves never stop coming, and somehow you don’t really want them to stop. You learn that you can survive them, and that is enough to keep you going on.

In my experience, he has it completely right. I couldn’t picture any possible break from the grief and heartache immediately following mum’s death; you might have to wait a little while, but it will eventually come.

Of course there will be waves that hit that you don’t see coming. This week, four years on, I’ve been caught off guard by waves I didn’t anticipate. They can still hit just as hard as they did the first time around, but I’m reassured in the knowledge that the wave of grief will not last forever.

Grief isn’t something we automatically know how to deal with, but we continue to learn about it as time passes. It can be a rough sea out here, but we can all learn to ride the wave.

Do you have a story to share? For young people who have been bereaved, just a blog post from someone who is struggling too – or has struggled before – can let them know that they are not alone and how they are feeling is totally normal. We all need to get better at talking about loss, so get in touch today and we can talk together.