Losing a parent – and what happened next 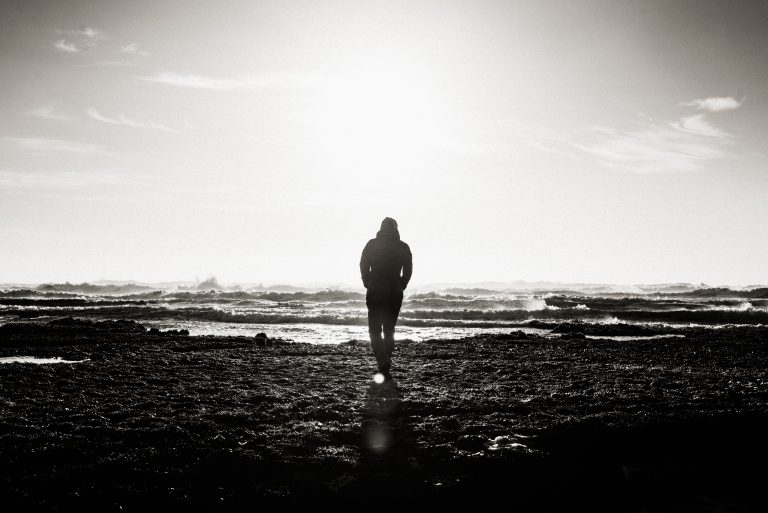 Mum: I’m outside where we usually pick you up from uni, can you come to the car?

Me: What’s happened? You’re worrying me…

I ran to the car as quick as I could, bearing in mind I was on the other side of campus. I rang several people, including my dad to see if anyone could tell me what was going on because I was freaking out. I rang him 3 times: your call can’t be connected.

I got to the car.

Mum: It’s your dad… he’s been in a motorbike accident.

She shook her head.

I was in so, so much shock and couldn’t get my head around what had happened, and this was before I even knew any of the details. Out of anything that I could have thought of at the time, the first thing that come to my head was, “I don’t wanna get depression.”

It’s been nearly two and a half years now, and I sit here and think to myself ‘how on earth am I dealing with this?’ I can’t believe I’m still at uni, still at work and generally getting on with my life and feeling like I’m coping relatively well. Don’t get me wrong, there have been a lot of times when I have massively struggled and felt I would never come to terms with this, but those feelings do pass.

Everyone’s experience with grief is different and there is no right or wrong way to deal with things, but this is what I’ve learnt:

You never really get over it

There are situations everyone finds themselves in that you can ‘get over’, whether it’s breaking up with your boyfriend or girlfriend, falling out with a friend or overhearing your colleague bitch about you for the copious amounts of tea you drink. However, after losing my dad I’ve realised that you don’t get over it, and you never will. You could see the same car they had drive past and for a split second you’ll wonder if it’s them. You could be out shopping and see a can of the deodorant they used to wear and it’ll remind you they’re not here anymore. I remember being at work once and seeing someone who had similar jeans to what my dad wore and I could not stop crying!

Trust me when I say it will hit you at the most random times, and as soon as you think you are getting over it, you feel like you are straight back to square one. But instead of getting over it, you just slowly learn to accept what’s happened and try to adapt to life without them. You will have those random reminders that get to you, but they do get easier and you do get used to them.

Since the accident happened I have made a lot of friends and spoken to a lot of people who have lost parents, and I’ve learnt that everyone’s experiences and ways of grieving are different. Some people (me) will pretend it never happened and block it out, some will use social media to vent about how they feel and others might throw themselves into the gym or another hobby. But just because you aren’t dealing with it the same way as other people might, that doesn’t mean you’re doing it ‘wrong’. I was at university when my mum told me and I decided not to come home and just stay with my friends because I knew they would take my mind off it. At first I felt I maybe should’ve gone home, but my family understood I wanted to be surrounded by people who could take my mind off it.

Once you’ve gotten through the first year, you would’ve experienced many ‘firsts’ – your first Christmas and birthday without them, first Mother’s or Father’s day – and you will get a lot of people sending their condolences. As the years go on and more special occasions without them go on, you get less and less people who ask how you’re doing. At first it seems like because it’s been more than a year, people expect you to have gotten over it and be fine. It seems as if their life has gone on and therefore yours has as well and you should be okay. Which is not the case.

There isn’t a time limit on grieving. There isn’t a deadline in which you should be okay by. Just because your sibling may seem okay, it doesn’t mean you have to be the same. I had this problem quite a lot in the beginning and I felt like people had expectations of me to be fine to the point where I stopped telling people if I felt down about it, but I was just being stupid. My friends and family understand and will always always be there for me, even if it’s in 10 years’ time.

Jess writes: If you are struggling to talk to people about it, then there are a lot of people you can get in touch with. I’m part of a Facebook page called Way Teens & Pre-teens where people of similar ages who have lost parents can all talk to each other.

Read the original post and more from Jess here.

If you need support, Let’s Talk About Loss is here to help. Get in touch today or find your local meet up here.