You don’t have to suffer in silence; Talk! 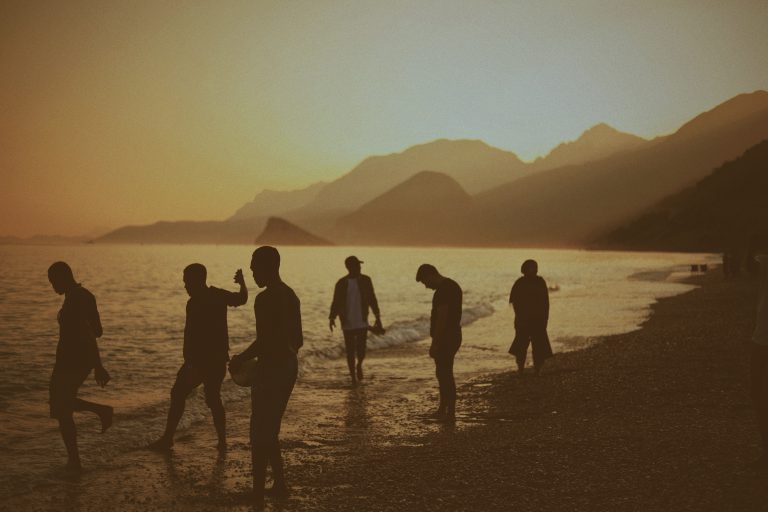 In this blog, Ann describes her experiences of grief ten years apart and the differences in both her approach and the support available. This time around, she’s found a number of support groups which have helped her to talk about her grief.

Putting on a brave face

My brother and I were raised by loving Irish parents. Just like most people 10-20 years ago, we never spoke about our feelings. We put on brave faces and got through life’s struggles… including the biggest heartache of all.

My Mum was diagnosed with Breast Cancer when I was in primary school. We were grateful when Mum got through it and had the all clear for a few years. Unfortunately, it resurfaced and was terminal. I tried hard not to let Mum know how scared I was, so I put on a brave face.

A few months after re-diagnosis she took a turn for the worst and so began a world of pain, darkness, isolation and grief.

There is no rule book for loss. I didn’t know what was acceptable to feel or do. Mum was strongly focused on my schooling. So, what do you do when your loving, but hard working, Mum passes away? You go back to school the next day.

From then on, we continued as a family of three. All struggling inside, but not really talking; doing what we could in order to keep afloat. Inside I blamed myself, like most children do at that age when everything revolves around you. I didn’t realise the impact that would have in years to come.

All the while my grades started dropping, I felt overwhelmingly responsible for everyone else’s wellbeing but also felt so alone. My family and friends were definitely there for me, but I didn’t know how to open up. The closest person to me had been taken away just as I had started to navigate who I was.

A few years later, I left home for University, where I realised the years of suppressing my grief, had manifested itself into my own anxiety. I searched for support but there wasn’t much, or the support didn’t last very long. After eight years or so, I started to believe I had come out the ‘other end’ but then came part two.

I remember the phone call from my brother so clearly; he had cancer, but he thought it was going to be okay. Over the next few short years it went from curable, to controllable, to terminal.

This time we did things a little bit different. We made that visit to Ireland one last time, we said our “sorry’s”, “I love you’s” and “goodbyes”. My brother had clearly noticed the things that would have helped him with Mum’s passing and planned those for us. He insisted on taking photos, he got me talking to his hospice counsellor, and then the most incredible thing; he wrote us letters to open after he passed that I can treasure forever.

Since his passing, it’s not been easy at all but I definitely haven’t suffered in as much silence. I continue to talk to a counsellor and I try to listen to what I need and not what I think I should be doing or feeling. Ten years had passed since last searching for support and this time around there was a lot more out there.

I found an online sibling support group through the Compassionate Friends Charity. This opened up a supportive world to me of people who had been through something similar. It created a language I could use to describe how I was feeling.

Through this group I saw GrabLife by AtALoss. GrabLife is an activity weekend for young people who have been bereaved. I met amazing people who talked so openly about grief.

Finally, I discovered Let’s Talk About Loss and attended a fabulous meet up group that I can now continue to attend once a month.

Cancer and grief are a big part of my life and they previously had no outlet. These groups have given me a space and a time out from pretending I’m okay. Grief is isolating enough when you can talk to people about it so don’t stay silent. Talk in the way that suits you best and if you aren’t sure about it, give it a go, it might just help!

Enjoyed reading this blog? Leave a comment below to let us know your thoughts. Have a story of your own to share? Email us to get in touch and share your advice.