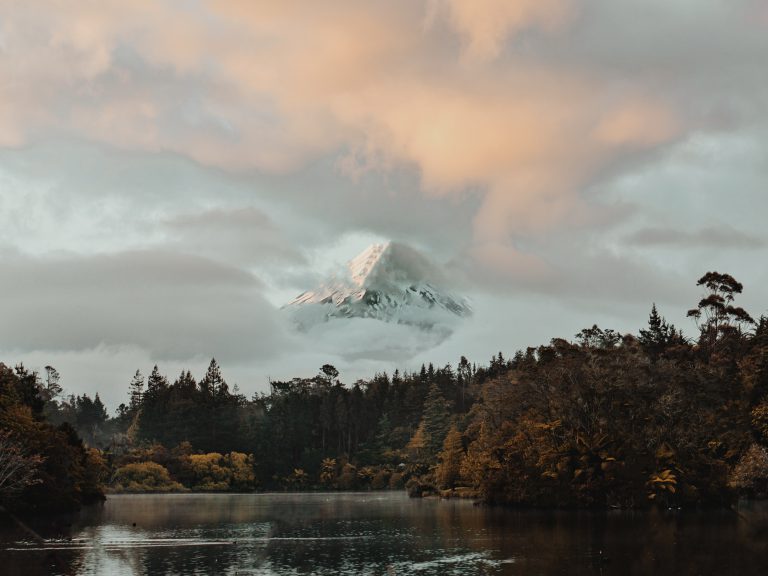 Lucy shares her story of losing her dad and learning to heal.

As I sit at my Dad’s desk, compelled to write, my mind feels more connected than it has in a while. I’ve just watched the BBC Three Documentary ‘Learning to Grieve’, which centres around the story of the sudden loss of Harriet Shelley, sister to pop star George Shelley, and his journey with grief in his early 20’s. I’ve been meaning to watch this for a while, but have kept putting it off, waiting for the ‘right time’, when the house is quiet and I’m by myself.

There’s many things I feel like this about and have delayed doing, the most overwhelming example of this being when I attempt to absorb my Dad’s archive, for my Dad was a writer, musician, promoter & all round creative. As I sit surrounded by his belongings, one of my Dad’s wood carvings of a kestrel stares back at me, alongside funny cartoons, photographs, rocks, voodoo dolls (he was a Blues musician…) and several quotes, one he hand wrote on a post-it note. It’s as if he were here yesterday, or is still here, even.

And as I sit at my Dad’s desk, I think of how I one day want to be able to write a book as he did, to share my experiences of being on the road, and of being with him, for we played in several bands together, and shared some unique and memorable experiences.

As I sit here, I remember what I was doing when I heard the news that was to change my life in a split second, and for my future to come. I was in this exact spot, panicking at the prospect of learning 28 songs for a wedding gig I had just got for the following night. I had less than 24 hours notice and the pressure was on. However, I never got to play that wedding, nor did I have to learn the songs, for another drummer had to stand in for me that night. My Mum’s voice called several times up the stairs. I ignored it at first, but when I detected the urgency in her tone, I knew something was not right. Eventually, the third time, she got through to me. She told me my Dad had been in a cycling accident and we were to go to the hospital right now. It was Friday 13th September (of all dates) and there was a blood orange harvest full moon hanging low in the night sky. I have to work to remember this night, the memories too haunting to visualise.

Without going into the details, after a truly isolating time spent in Intensive Care with my Mum and Brother, by the evening of the 14th September, my Dad, Julian Charles Piper, had left this world; his injuries were not survivable.

I don’t want to confront the reality of my biggest fear coming true, life without my Dad

I’m writing this now, as very soon, I’m to begin a course of EMDR (Eye Movement Desensitisation and Reprocessing), a relatively new and specialist psychotherapy in addressing trauma. It is designed to alleviate the distress associated with trauma, by facilitating the accessing and processing of traumatic memories. It has been used successfully to combat PTSD, with very encouraging results, and has been recommended to me by several practitioners. Although I don’t truly know what I’m going into, it feels like the right next step.

Whilst I know it’s not going to take away my grief or the pain which I haven’t even began to feel (but which I know is most definitely there), I’m hoping it will enable me to begin the act of processing what has happened. Despite everything that I witnessed, the knowledge of what has happened still doesn’t feel real, as if it’s someone else’s story I’m telling. It’s as if I’m hoping I will wake up from this nightmare, as I don’t want to confront the reality of my biggest fear coming true, life without my Dad.

Due to the traumatic nature of the death, my mind has unconsciously numbed itself. I have tried to connect with and almost coax out the grief: I’ve enjoyed Let’s Talk About Loss meet up groups, had a course of counselling with Cruse, and I even went on a solo trip to one of our favourite family holiday destinations, The Isles of Scilly. But with the second shock of the arrival of Coronavirus in March 2020, just six months after my Dad’s death, living in a world in lockdown for almost a year has further thwarted my attempts at moving forwards, or so it has often felt.

It is said that trauma latches on to the part of your brain responsible for emotions, and the process of EMDR is to redirect the trauma to the memory part of the brain.

Whilst it feels like I’m about to embark on a mountainous expedition I’ve not yet packed for, I’m hoping this may start a new chapter in learning to feel again.

Would you like to write for our blog? Email blog@letstalkaboutloss.org and we’d love to publish your story.